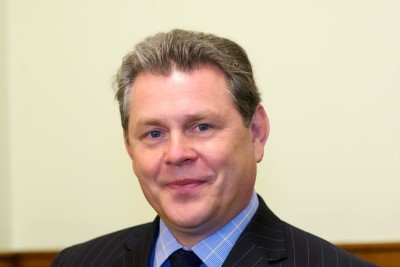 Patrick Barrow, co-founder and MD of crisis PR specialists Reputation Communications, has been elected to the Council of the Media Society, the charitable organisation that brings together people who work in all parts of the media to inspire, provoke, surprise, educate and entertain.

The Media Society was founded in 1973 to provide a forum for the exchange of knowledge and opinion between those in public and political life, the professions, industry and education.

It aims to involve members of the public in a continuing debate on the role of mass communication in a democratic society.

The Council is elected to ensure Society activities and events reflect its aims and supports its strategy of providing broad appeal to anyone interested in media.

Headed by newly-elected president Richard Peel, whose cv encompasses BBC News, The England and Wales Cricket Board (ECB) and the Independent Television Commission (ITC), the Council also includes social commentator Peter York; former Today editor Phil Harding; Barney Jones editor of The Andrew Marr Show, as well as a host of names from across all reaches of media activity.

?The Media Society is an organisation whose relevance is becoming more acute as the whole nature of how people consume, perceive and demand media changes so dramatically. More than ever, there?s a personal stake for all in what media looks like and what it has to say. It?s an exciting time and I?m very pleased to have been asked to contribute and bring, what I hope, is a different perspective from ?the dark side? of PR.? said Barrow

Media Society President Richard Peel added: ?Patrick will be a tremendous addition to the Society?s Council. His experience in regional journalism and as part of a national newspaper team, along with his spell as Director General of the Public Relations Consultants Association (PRCA), will enable him to add knowledge and experience and fresh thought to the Council?s deliberations. We are delighted that he has agreed to join us.?