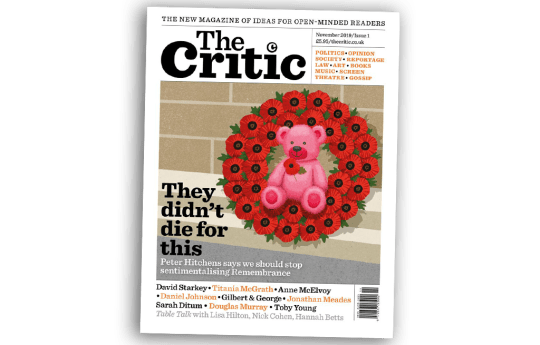 Reputation Communications founders Patrick Barrow and Lucy Goodwin were somewhat surprised to be included among the great and the good of history, the arts, politics and of course journalism as a new magazine, The Critic, launched at the Lansdowne Club in Mayfair (29 October).

Described by joint editor Christopher Montgomery as “an unashamedly high-brow mag which is intelligent, amusing and robust, the new monthly lays as much emphasis on culture as it does on politics.”

Backer Jeremy Hosking summoned the spirit of journalism great Bernard Levin declaring the magazine’s intent to “drive a coach and horses through the liberal establishment”, though admitted it was “unlikely to be a money spinner. What with its intriguing no advert policy!”

Perhaps not but with an opening edition including contributions from Peter Hitchens, Titania McGrath and Toby Young, the Critic is sure to make waves even where it fails to spin money.