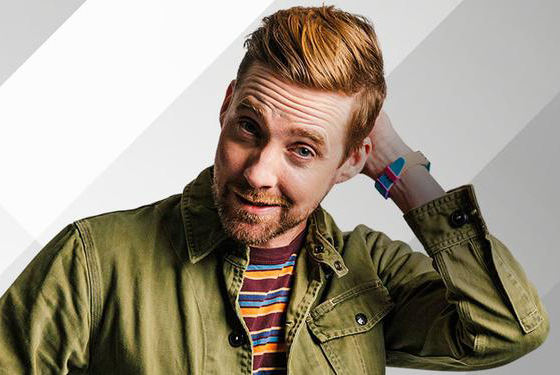 Kaiser Chiefs front man and former coach on BBC One’s The Voice, Ricky Wilson, will be in conversation with BBC Radio 2’s Jo Whiley at this year?s Radio Festival (a RepComms client), debating radio’s relevance to established artists as well as its role in bringing fresh talent to the attention of new audiences.

The headline session, to be held at the British Library on September 26, will look at radio’s importance as artists increasingly promote themselves through social media and digital platforms such as YouTube, Deezer, Musical.ly, Pandora and other challengers to radio’s powerful ‘play list?.’ The session will examine if traditional radio has lost its role as industry leaders in breaking new artists and are now simply followers of streaming and digital platforms.

Ricky Wilson commented: “As a band we’re all about having a shared experience with people – that can be at a gig or someone hearing a new tune of ours on the radio. I love streaming services for both music and TV. But what I really love is the ‘event’ of radio. We get that less and less these days, especially with TV, but radio seems to be able to hang onto the moment of shared time and experience and it seems like we will always want that.

“There’s a place for all the different types of ways to hear music but nothing is quite like hearing a song on the radio for the first time, and knowing that it’s happening in thousands of other cars, flats, garden sheds and garages either just down the road or halfway round the world,” added Wilson.

Wilson will be joined by other leading figures and experts from across the media and UK audio industry at this year’s festival.  BBC Radio 4’s Nick Robinson, approaching his first anniversary in the hot seat of the Today programme, will be interviewed by talkRADIO presenter and former Sunday Express Political Editor, Julia Hartley-Brewer, as she asks if Today can still hold its agenda-setting role against the agility of 24-hour news as well as the ubiquitous social media back-drop.

Edith Bowman, breakfast presenter for Virgin Radio, will be quizzing Senior Director of YouTube, Stephen Nuttall, about its role in disrupting the music industry, what’s next for the online giant and what lessons, opportunities and wins are there for radio?

Speaking of her Radio Festival role, Edith said: “The media landscape is constantly changing and radio needs to keep evolving to meet the demands of today’s listeners. The agenda at this year’s Radio Festival is really exciting and I’m looking forward to speaking to some of the big names involved on the scene today.”

Other confirmed speakers for this year’s festival include LBC’s Katie Hopkins and Radio 1’s Scott Mills.

Visit www.radioacademy.org for more information or to book tickets