Home › Blog › And Some Faking News Just In…

And Some Faking News Just In… 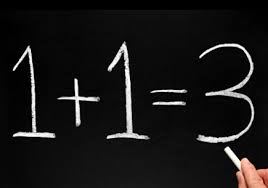 To be clear, I’m not talking about hoary old laments like the downward trend in newspaper sales, the sad wreckage of local and regional journalism or the declining resources devoted to newsgathering. Nor even the fact that nobody goes to Stygian pubs any more to water and feed fact, gossip, innuendo and informed guess work into the compost for a beautiful prize story.

No, no, it’s this whole ‘fake news’, ‘post-truth’, ‘MSM’ thing that’s been brought to an appropriately yellow head by Donald Trump and, of course, Brexit.

Apparently, people have started watching, listening to and reading outlets other than the traditional ‘mainstream media’ (MSM) and this means that they’re missing out on curated, fact-checked, editor-approved news and instead believing any old nonsense and acting accordingly.

All of which rather overlooks an unfortunate issue. Curated, fact-checked, editor-approved news has been, erm, wrong. And the reason it’s been wrong is that it’s developed an ill-considered dependence on the consensus of experts, and, dare one say it, that consensus has not had a good run.

Whether it’s been pollsters calling the results of elections and referendums or economists having their ‘Michael Fish moment’ over the impact of Brexit, the major moments of our times have been called wrong and badly so by a media which itself has taken on the mantle of expert, often interviewing other journalists in so doing.

This isn’t, in itself, new. All sorts of ‘issues of the day’ have been characterised by the central role of an expert or experts in which the media has placed an unquestioning faith. Think Dr Andrew Wakefield and the MMR scandal, for example

For the more jaded of mindset, the reasons for this swirl around confirmation bias, the media need for apocalypse (‘if it bleeds, it leads’), or the laziness that sees someone known for ‘giving good quote’ returned to time and again or plain old pushing of an agenda.

Of course, there are also perfectly good reasons for doing it. Experts are important. You don?t go to a plumber when you need help with the car. But it is the suspicion that more sinister reasons prevail that pushes people towards alternative news and political strategists to exploit that as a way of by-passing what they perceive to be institutional bias.

If Obama’s election victory was achieved on the back of clever use of social media, The Donald’s Twitter feed trumped it.

Meanwhile, journalists have an almost touching inability to understand that experts’ behavioural psychology is just like everybody else’s. In other words, they seek peer approval rather than marginalisation.

This phenomenon was observed in economists by none other than John Maynard Keynes when he said: ‘Worldly wisdom teaches that it is better to fail conventionally than to succeed unconventionally.’ In other words, in expertise, as in corporate politics, it’s better to be collectively wrong than individually right.

It is worse still, when those experts are perceived to be in thrall to a vested interest. Thus the bank economist who warns of the impact of Brexit is quickly given the Mandy Rice-Davies: ‘He would say that, wouldn’t he?’.

What this has done is to accelerate an already catastrophic decline in trust in media. The PR company Edelman has been producing an international trust index for over 17 years. Last year saw what it described as a’trust implosion’, with media distrusted in 82% of countries. In only five; Singapore, China, India, Indonesia, and the Netherlands is media trust above 50 percent.

Somewhere, deep in its soul, media knows this too. A senior American journalist from a major US outlet conceded under questioning at a recent private briefing that ‘this was the year the media crossed the line.’

“My great lesson of the past year is that the news is completely unimportant ? you don?t need to pay the slightest attention to it.”

Pointing out the problem is easy, offering a solution no less so. Might it not be time for mainstream media to return to reporting rather than opining, to fact rather than speculation, to journalism rather than fortune telling and to detach itself from the posture of certainty?

Doing otherwise has left it a false prophet or worse a Cassandra cursed to see but never to be believed, where even the fall of Troy is just another piece of ‘fake news’.

This piece was the first in a series of ?think pieces for The Media Society via its blog spot. We suggest you?visit both sites for events, news and views on all things media.